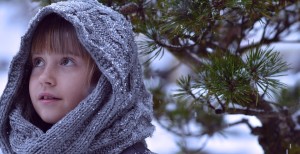 This movie borrows from Vivian Maier extraordinary works whereby it centers on the search for the undiscovered talent. This is another great movie to watch in the month of March.…